Lucia owns a family olive grove, The Heavens, together with her brother Donato, but her trees have stopped producing as they once did because of a parasite that caused most of the trees to dry out. In a difficult process of acceptance, Lucia embarks on a journey between present and past where her identity as a human being is at stake. 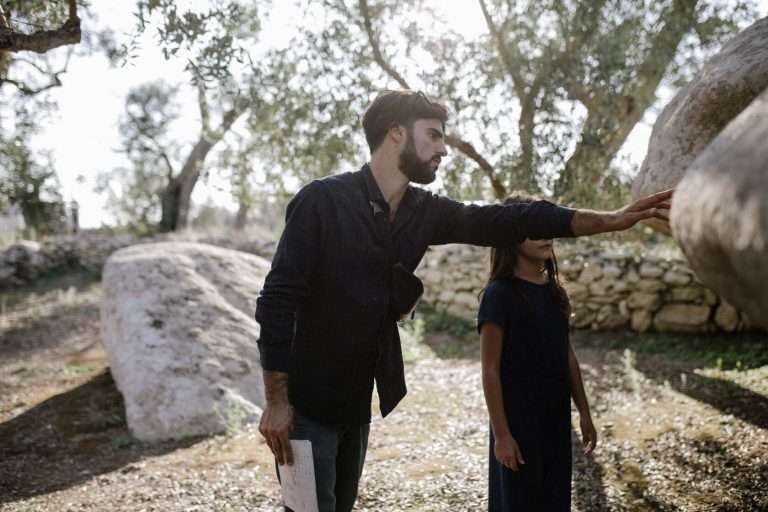 Born in Salento (Italy) in 1988, Manuel Marini grew up in Rome. During his studies in Netherlands he worked with several film productions and started directing music videos. In 2015 Manuel graduated from a Communication Bachelor degree in Amsterdam and he moved back to Rome to study screenwriting. In 2016 he took part in a Directing course at the EICTV in Cuba. In 2017 his short film Olvidate de eso entirely shot in Old Havana, was selected by many film festivals around the world. In 2018 he was selected by the Los Angeles advertising agency 72andSunny to be one of their international team of creative.